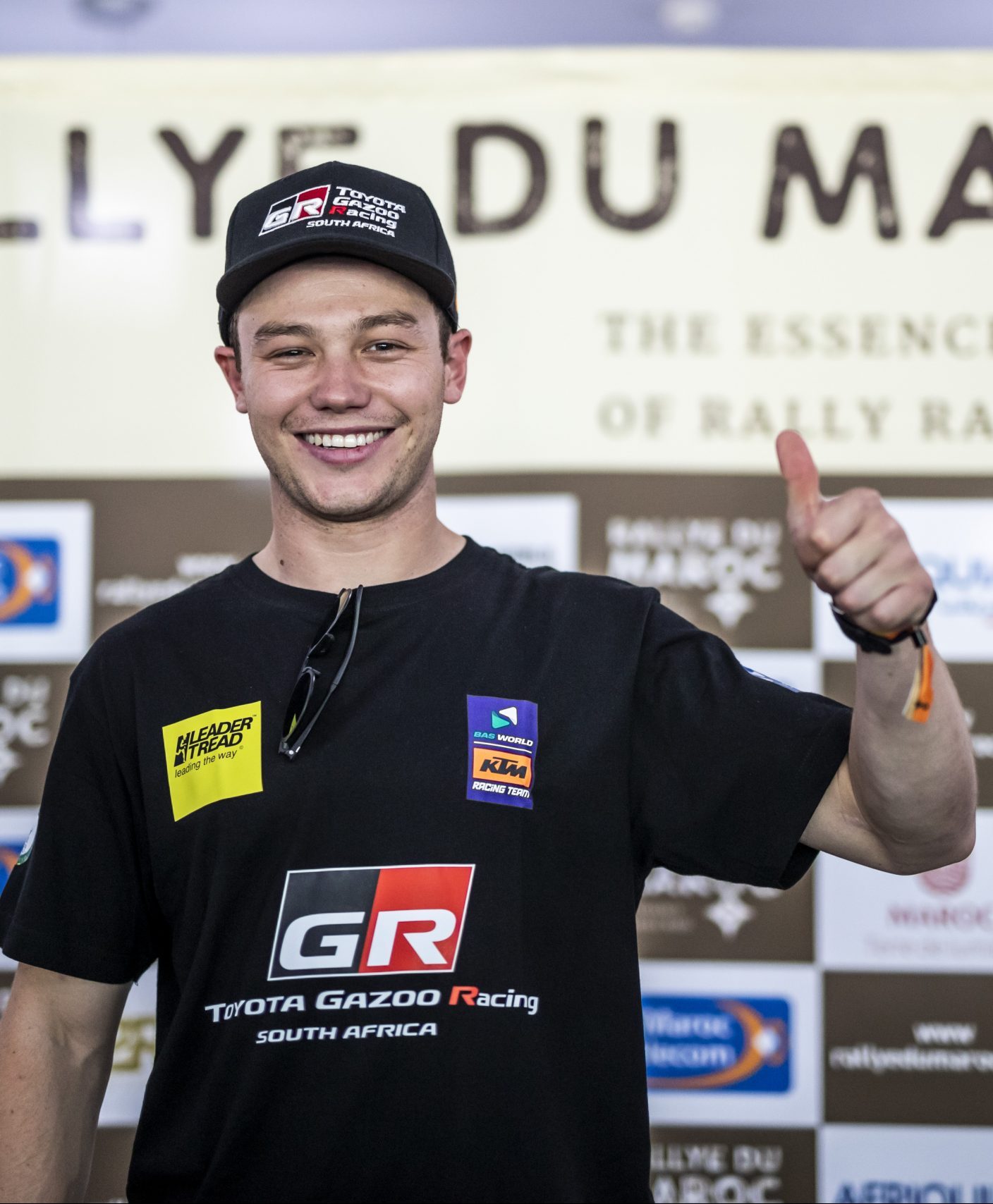 “Obviously once I started racing off road back in South Africa the Dakar was much more on the cards but initially at least more as a pre-retirement option. I very nearly signed to race the GNCC off-road championship in the States but then I saw that Ross Branch, who I have raced against many times back home, was going well in rally raid and also that Daniel Sanders had decided to switch to rally early in his career and that got me thinking. In endurance sports in general the top athletes are getting younger, just look at the Tour de France, and I think that in future more and more riders will switch to the Dakar at a young age. What really decided it for me was the Rallye du Maroc. I saw I had the speed and was comfortable riding that kind of terrain and that every day my navigation improved. The first stage I lost 40 minutes, the second 10 minutes, the third 5… and eventually I won the last special in the Rally2 class. All in all, not too bad the first time ever racing a rally bike. Obviously having my dad there was a big plus, as was being in the BAS KTM Dakar team and I’ll have the same set up for the Dakar, which is perfect. In terms of results I’m still very new to the sport and have a lot to learn so finishing in the top 15 would be fine by me.”

Despite having 13 times Dakar participant and ex-KTM factory rider Alfie Cox as his dad, Bradley’s Dakar entry was far from a foregone conclusion. Initially Bradley wanted to race moto-X and pursue his dream of being world champion. And with that goal in mind, at the tender age of 15, he left the family home to live on his own in an apartment in Belgium and compete in the European Moto-X championship. Everything was going according to plan until a couple of injuries made results and sponsors harder to come by and at 18 Bradley returned home with the intention of taking a year out before heading back to Europe. Except that while back in South Africa he entered a local enduro for fun and very nearly won it. A ride with the South Africa KTM Factory team came up shortly after and 9 national titles later Bradley will be lining up next January for his first Dakar and only his second ever rally raid, after his impressive debut at last October’s Rally du Maroc, where he finished third in Rally2 behind the other revelation of that event, the American Mason Klein.